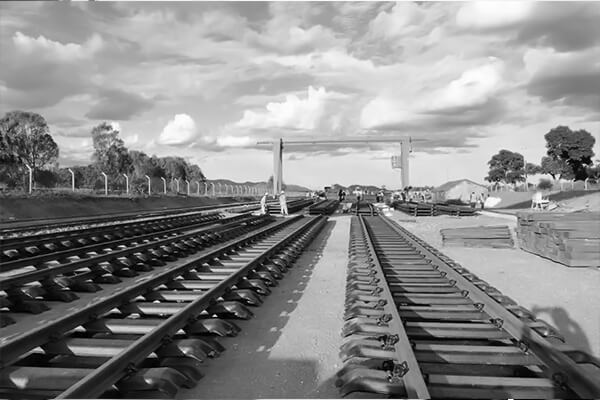 Get A Rail Quote From Us Now

Railway sleepers, also known as sleepers, are an important part of the railway. Generally speaking, sleepers are always laid between the two tracks to maintain the correct distance between the gauges. What are the sleepers made of? In the past, railway sleepers were usually made of wood and lasted for about 50 years. Later, with the development of steel rails, steel sleepers appeared. Later, the first concrete sleeper test was carried out in 1906 between Nuremberg and Bamberg, Germany. In recent years, concrete sleepers have been widely used, especially in Europe and Asia. In the UK, steel sleepers are very common. In addition, plastic composite sleepers are also used in rail transit.

Types of rail sleepers:
Wooden sleeper
Historically, wooden neckties were made of various softwoods and some popular hardwoods, such as oak, java, and Kari. They only apply to low-speed lines with a speed limit of 160 km/h. The acceptable wood types for sleepers are European oak, beech, pine, etc. But currently, in some countries, wooden sleepers are mostly replaced by concrete sleepers.
Advantage
Easy to manufacture and handle Good electrical insulation
Easily adapt to non-standard situations
shortcoming:
Not reusable
Expensive limited wood resources

Steel sleeper
Recently, steel sleepers mainly deal with heavy loads and can be designed to adapt to different track specifications. Because of the same weight as wood, steel sleepers can replace wooden sleepers and be used in ballasted bridges, providing a more durable and firmer solution without increasing the bridge load.